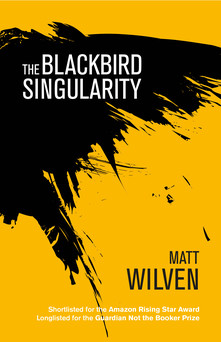 Shortlisted for an Amazon Rising Star AwardLonglisted for the Guardian Not the Booker prize 2016Selected for WHSmith Fresh Talent 2017Wilven does a masterful job of keeping his readers as off-balance as his protagonist... an intense and satisfyingly off-beat examination of a man lost in a landscape of unresolved grief and his heroic fight to find his way back home.' -- Melissa DeCarlo, author of The Art of Crash LandingVince stops taking his lithium when he finds out about his partner's pregnancy. As withdrawal kicks in, he can barely hold his life together.Somewhere between making friends with a blackbird in the back garden and hearing his dead son's footsteps in the attic, he finds himself lost and alone, journeying through a world of chaos and darkness, completely unaware of the miracle that lies ahead.Featuring a foreword from Dr Eleanor Longdon; Dr Longden's TED talk, Learning From the Voices in my Head, was featured on the front page of The Huffington Post and has been named by The Guardian newspaper as one of 'the 20 online talks that could change your life.'; It has been viewed over 3m times and translated into 36 languages.