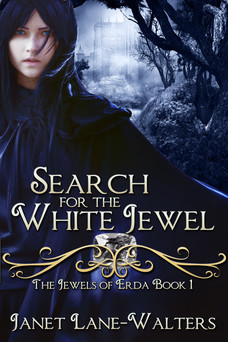 Search for the White Jewel : The Jewels of Erda

When the Holder of the Yellow Jewel dies, her ward Liara believes she will become the new Yellow Holder. The dying word of the elderly woman astonishes the young woman. She will hold the White Jewel. This fabled gem has been lost for years since her mother and her sister fought and her aunt took hold of the Black Jewel. Liara, accompanied by her foster brother set forth to find the jewel, escaping the soldiers sent by the Queen and Black Jewel Holder. During their escape, Liara meets Valmir who saves her and her foster brother during a shipwreck. During their journey, they meet other holders of the Jewels, including Reena, daughter of the now dead Queen. Though she has the Black Jewel, Reena has no idea how to use the gem.