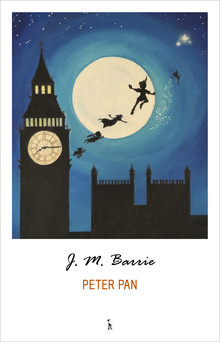 The character of Peter Pan first came to life in the stories J. M. Barrie told to five brothers -- three of whom were named Peter, John, and Michael. Peter Pan is considered one of the greatest children's stories of all time and continues to charm readers one hundred years after its first appearance as a play in 1904.