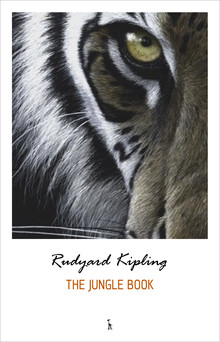 Since its inception in 1894, The Jungle Book has enchanted readers—both young and old—with its invaluable moral lessons. By bestowing the animals in the stories with human traits, famed writer Rudyard Kipling gives readers timeless parables that teach family values and the importance of community. The most popular of these tales center on Mowgli, a young boy who lives in the jungle amongst a community of animals. All before reaching his teenage years, he is brought up by wolves, trained by a bear, kidnapped by monkeys, and much more. This collection also features other classic stories, most notably “Rikki Tikki Tavi,” a story of a young mongoose named “Rikki” who serves as a protector from dangerous cobras for a British family residing in India. In this masterful tale, the young mongoose is forced into a ferocious battle with Nagaina, a large venomous cobra threatening Rikki’s family and seeking revenge for the death of her counterpart, Nag. These stories, with their vibrant characters and important moral lessons, have stood the test of time, having been reprinted in hundreds of different versions and languages around the world.