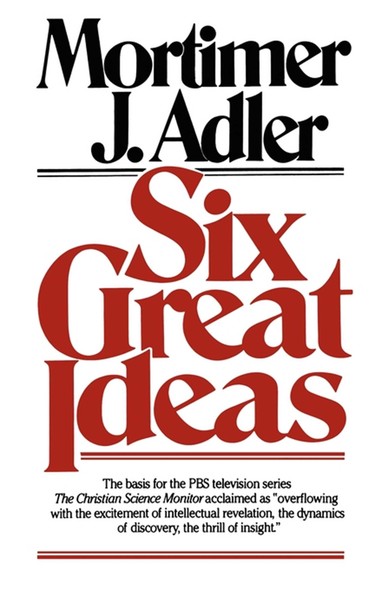 This enlightening study is the result of group discussions at Dr. Adler's annual seminar in Aspen, Colorado, and conversations between Dr. Adler and Bill moyers filmed for public television.

Each summer, Mortimer J. Adler conducts a seminar at the Aspen Institute in Colorado. At the 1981 seminar, leaders from the worlds of business, literature, education, and the arts joined him in an in-depth consideration of the six great ideas that are the subject of this book: Truth, Goodness, and Beauty - the ideas we judge by; and Liberty, Equality and Justice - the ideas we act on. The group discussions and conversations between Dr. Adler and journalist Bill Moyers were filmed for broadcast on public television, and thousands of people followed their exploration of these important ideas. Discarding the out-worn and off-putting jargon of academia, Dr. Adler dispels the myth that philosophy is the exclusive province of the specialist. He argues that "philosophy is everybody's business," and that a better understanding of these fundamental concepts is essential if we are to cope with the political, moral, and social issues that confront us daily.