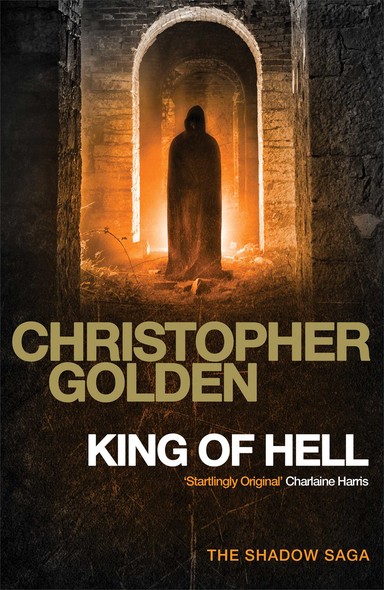 Peter Octavian's powerful sorcery guards his world against evil. Now he must go on a perilous journey to save those condemned to a fate worse than death itself…

When Octavian called upon Gaea to rid the Earth of demons, her magic banished not only the demons but also the Shadows – vampires who had foresworn evil and fought alongside him, some for many years. Together with two unlikely companions – a wise-cracking goblin with the ability to walk the paths between worlds, and a demon changeling struggling to come to terms with what he is – Octavian sets out on what seems to be an impossible mission: to free his friends from Hell.

There he finds some unexpected figures from his past - and an enemy of his own making, driven by an implacable hatred, whose power is equal to his own and whose quest for vengeance is personal…

Praise for The Shadow Saga:

'Reading Of Saints and Shadowsagain, I was amazed how many elements now familiar in the vampire and thriller genres appeared in Saintsfirst. Golden's imagination and expert plotting wove these elements into a startlingly original book, as exciting to read now as it was when it first appeared on the rack' Charlaine Harris